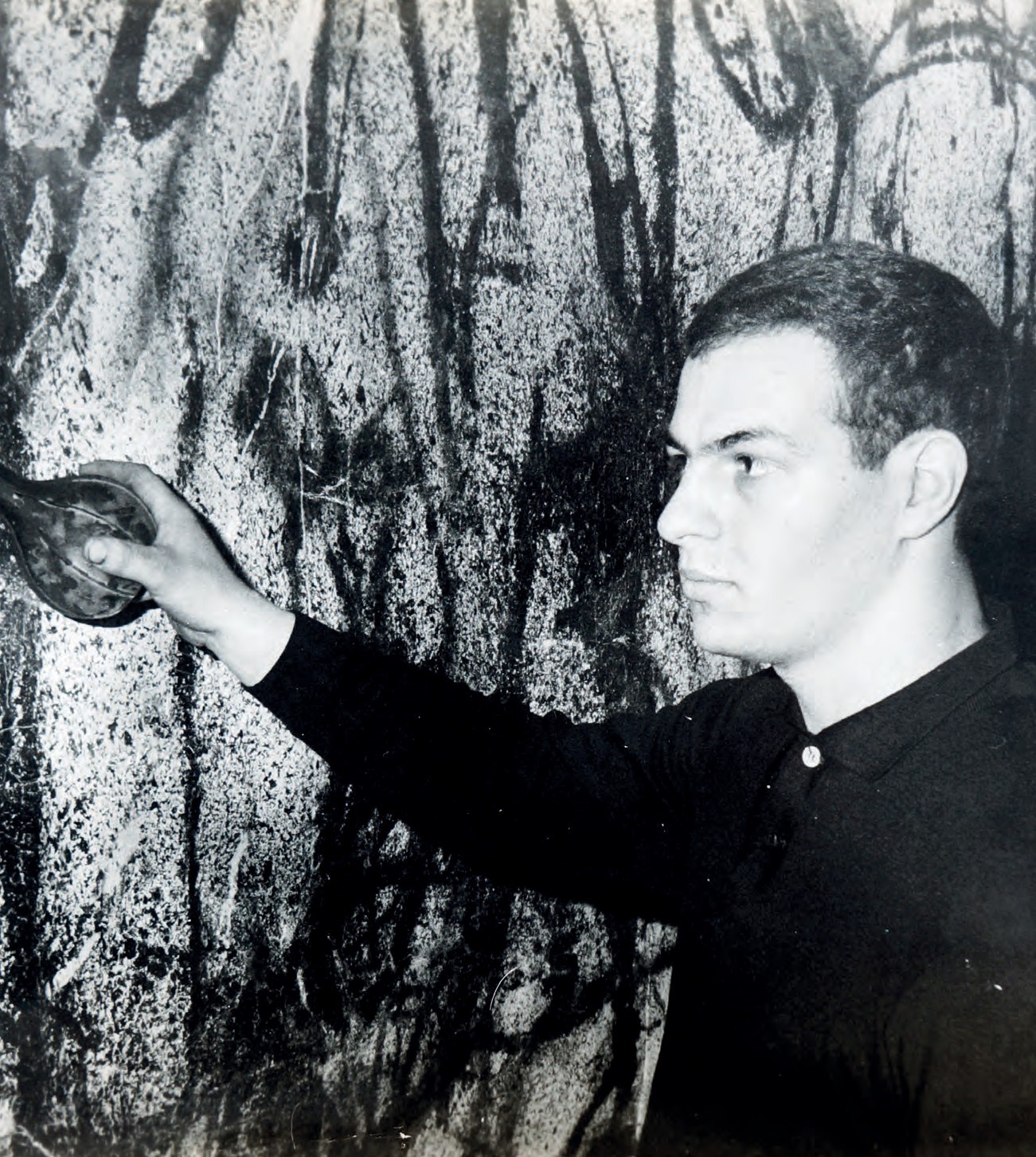 Gérard Zlotykamien began painting in 1955. His meeting with Yves Klein, who gave him the rigor of the creative act, was decisive in his career. His first street interventions date from 1963, when he painted ghostly silhouettes with an enema bulb and then with an aerosol can in the immense construction site known as the "trou des Halles" in Paris. His drawings, which he calls "ephemeral" evoke the human shadows that were printed on the walls after the Hiroshima explosion. An executive at Galeries Lafayette by day, a painter by night, very much on the fringe of the art world, Zlotykamien painted his ephemera in many cities around the world: Leipzig (Germany), Cape Town (South Africa). In 1980, he was prosecuted by the city of ULM in Germany for having painted more than 70 "ephemera" on the walls of the city. He was released. However, in 1984, he was fined six hundred francs, suspended, for having painted on the walls of the National Foundation of Graphic and Plastic Arts. In 2009, Gérard Zlotykamien participates in the retrospective Né dans la Rue at the Fondation Cartier, and in 2019 in the exhibition Conquête urbaine at the Musée des Beaux-Arts in Calais. He was made a Knight of the Order of Arts and Letters in 2015.